Happy Father's Day! All week we have had some very special guest bloggers: Rett Dads. Just because their daughters girls have Rett Syndrome does not mean they are still not "Daddy's Little Girl" .... times one million! To all the Rett Dads - thank you for your special role in raising these very special girls. 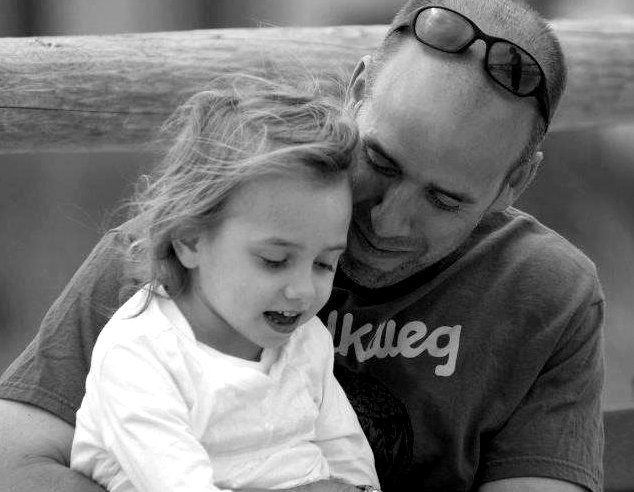 Happy Father's Day! The last post in our series is from Tony Shober, Ysa's dad

In 2008 our youngest daughter Ysabel was diagnosed with Rett Syndrome, after 18 months of knowing, despite being told to the contrary, that something was subtly yet very different with our little girl.  Our friends at GP2C asked if I could share some insights about being a Rett father for their June blog - some brief thoughts follow.

One of the most useful anecdotes I have heard regarding people with special needs came from a neighbor, whose children are now fully grown, but whose older brother contends with hard challenges on the autism spectrum.  We had only just received Ysa's diagnosis, and were going from group to group at a neighborhood block party, still feeling pretty raw, relating what was new with all our kids, with some emphasis on Ysa.

He heard us talking from across a group and walked over and asked if he could sit with Ysabel for a bit.  He is a bear of a man, and someone I would not have pegged for sensitivity, yet he scooped up Ysa in his arms, plopped her down on his lap, and sat patiently with her, chatting with others, until they could meet one another's gaze.  It took some time but when they connected he got a huge smile from Ysabel, a raspberry or two and lots of laughter and smiles.

He explained to us that a majority of the time his brother deals with the pathology of his disorder but that there were windows, moments in time, when the clouds seemed to part and they could really connect. It has been that way since their childhood together.  He felt that you needed to recognize these windows and take advantage of every one of them.  It is a simple, instructive observation.  He kept Ysa for another ½ hour or so, seeming to take real pleasure in the moments between them.  It was an epiphany for me as a Rett father.

The Christmas following Ysabel's diagnosis we were at Mass with family and my Father in Law, Bob, asked if he could sit with Ysa for the long service.  Bob possesses the understated conservatism of our parents' generation, and was really struggling as he watched his daughter and granddaughter deal with our new reality.  Ysa was in the thick of her regression phase with Rett, and holding her entailed some real patience.

The Mass was packed, and at one point Bob got up to walk with Ysa as she was crying, and we were separated until the end of the service.  We felt a little guilt admitting it, but it was a relief to have an hour or so of respite with our other 2 kids knowing our little baby was safe with family.  Back at home that evening we sat down to talk over a cocktail and Bob related simply "that something passed between us that night" (Bob and Ysabel) and that he was moved profoundly by it.  He has become a real friend to Ysa:  he loves to sit with her at parties, he joined us at Disney and accompanied Ysa, pushing her in her wheelchair for the entire week, he sits with Ysa on his lap while watching the films of his era at our home.  In short, he found the connection.  Fantastic.

For me a challenge of being a Rett father is trying to set the stage where Ysabel can connect with others and visa-versa, recognizing that while she fights through the haze of her symptoms,  that she is acutely aware of the world around her.  Strangers and family alike struggle at first with behaviors for which they have no experience or framework - the seizures, medical gear, hand wringing, inability to easily match one's gaze, vocalizations, crying and eating issues that do not seem age appropriate.  Children stare in a way that makes you cringe.  This being said, with each occasion that you summon the patience to show that Ysabel is a sweet little girl like any other only with some extraordinary challenges and get people to see past the symptoms, you set the stage for people to connect.  It is a profoundly humbling yet rewarding responsibility.

Yesterday was our summer block party, five years after her diagnosis and the first anecdote above.  It was 95 degrees and humid, Ysa was having a really tough day and we could not bring her outside to socialize.  She was sitting inside watching TV and reading with my mother for most of the afternoon.  Around dinnertime I could not find my middle daughter and her group of friends, and when I went into our home to investigate, I found them in a circle around Ysa laughing and talking in front of the TV.  Ysa was grinning from ear to ear.   To anyone else it might be nothing special, but to me it felt like a hard fought win.