Rett Siblings - They Need Inclusion Too

Rett Syndrome came into our lives about 14 years ago, when my daughter was just three and a half. We had been on a nearly two-year mission to figure out what had been taking away Allie's skills, her words, and her sweet temperament. I admit that during that time, and for a few years after, her brothers (one five years older, the other two and a half years younger) did not get the attention or opportunities they probably should have, and it has impacted each of them differently. 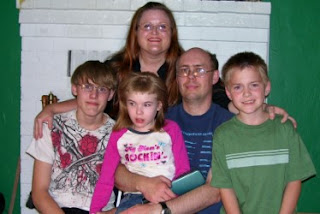 Allie's older brother was so thrilled when his baby sister was born. He held her and played with her, filled with love and joy at her very existence. When she started experiencing what we now know are the early stages of Rett regression, he was sad and didn't understand what was happening, but none of us did, so I told him not to worry about it and that everything would be alright. He seemed to just accept that and continue on with school, and with being the best big brother he could be. He handled the stares and whispers so well that it never occurred to us he might be struggling. When he was not quite ten he finally told me he had thought it had been his fault - that he had somehow been responsible for all the screaming and biting.

By then he knew it was the gene, and not his fault, but that he had ever felt that way made me so upset with myself for the pain he could have been spared. I had been so busy with caring for Allie, taking her to appointments and therapies, attending EI/ IEP meetings, and so much else, that I had not really paid attention to how he was doing. I helped him with homework, went to parent / teacher conferences, and assumed all was good because he seemed fine. I hadn't noticed how isolated he had been, how few play dates he went on, and how deeply impacted he had been by adjusting to life as a Rett sibling. That conversation about how he had felt responsible and had kept all his guilt and grief to himself really was a wake-up call for me.

"Inclusion is something we fight for on behalf of our special needs kids, and it can seem odd to think that Rett siblings might need a plan for inclusion in non-Rett world."


From that point forward, we (my husband and I) made a point of finding a life for our boys outside of Rett. We had to establish a type of "inclusion" for our Rett Siblings. For our older son that meant participating in sports some, taking guitar lessons, experimenting with a Billy Idol look, and just taking the time to get to know himself, all while balancing time with his sister. Because he hadn't always been a Rett sibling, finding the blend between the Rett and non-Rett world took more effort than it did for his younger brother. 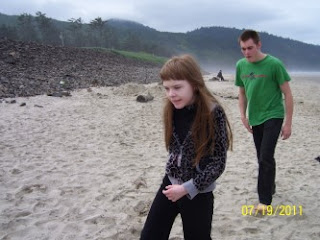 Allie's younger brother never knew a life without Rett. And, of course, by the time he was old enough to realize his sister was not like other sisters, we parents had already been through the hard questions and were ready with better answers than we'd had for our older son. We made sure he had time with peers and engaged in activities outside of school or church. Athletics has been a major part of his life, though he still makes sure to spend time with his sister. Finding the balance seems to have been easier for him, and we'll never know if that is because he is younger, or because of some other quality inherent to his makeup. 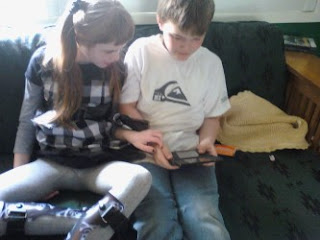 The takeaway comes down to acceptance and inclusion. Once Rett entered our lives, we accepted it - maybe a little too well, forgetting for a time that there was still a non-Rett world. The other half of acceptance is knowing that no one gets parenting 100% right - and that's true for families with or without special needs, so don't beat yourself up when you realize you could have done it better.

Inclusion is something we fight for on behalf of our special needs kids, and it can seem odd to think that Rett siblings might need a plan for inclusion in non-Rett world, and yet it also seems completely reasonable. The life of a Rett sibling is not typical, and needs incorporation of peer activities that will help them establish themselves as individuals outside of Rett. Now, if we parents could learn and remember to do this, too, that would be fantastic.