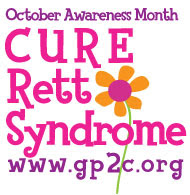 It's me, Terri. I am Mom, Rett Mom, Advocate, wife and all around Autism awareness terrorist. I run RettGirl.org and a YouTube channel called Rett We Can for Girl Power2 Cure.

Why? Well thank you, I’m so glad you asked. I hope you can pass on this blog and help us spread the word about the hundreds of thousands of girls fighting Rett Syndrome. 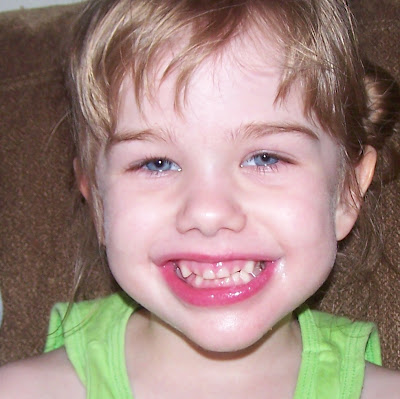 My 7-year-old daughter Abby has Rett Syndrome - an X Chromosome Linked form of Autism and the only form of Autism with a known genetic cause. Because the gene mutation is on the X Chromosome, it mainly affects girls, but there are a handful of boys that have it too and they are just as deeply affected.

The gene of which we speak is called MECP2. It is known as the regulatory gene between your brain and your body. It is the gene that tells every other gene when to turn on and off. Strangely, this gene doesn’t play much of a role until your child is between 18 months and 2 years of age. Up to that point you have a seemingly normal, typical child doing all the things they are supposed to do.

Once this gene kicks on, if it is faulty like in Rett Syndrome, everything start s to shut down. There is a rapid period of regression where most every acquired skill is lost. Most purposeful hand use disappears almost immediately and is replaced with a constant wringing, tapping or hand mouthing. All speech goes during this regression stage, and your child turns physically back into an infant where she will stay…trapped in her own body until a cure is found.

Good news! Rett Syndrome is poised to be the first curable neurological disorder. It was announced in 2007 that Rett Syndrome had been reversed in laboratory mouse models. It’s there and until we can get it funded in a way that gets it right for humans, our babies remain locked in a world they can only observe.

One major debilitating factor in Rett Syndrome is called Apraxia. Apraxia is like this: the will to carry out intent is there, but the physical ability is severely delayed or not there at all. Some describe it as having Autism, Cerebral Palsy and Parkinson’s all rolled up in one little girl.

Why have I never heard of this you may ask? That’s why we are here today. To inform, educate and raise awareness so little girls like my Abby will no longer be held in the unknown.

Want to learn more about Abby and contribute to research? Follow this link to her personal story at Girl Power 2 Cure: http://girls.girlpower2cure.org/abby